9am Monday morning – start of the workshop. After the first theoretical lessons in connecting and programming an arduino we were given a few different questions and had to discuss in groups. The questions about things like dance games, visual representation of weather and other seemingly random topics that made us wonder – whats topic of our project going to be? After another half a day of lessons and theory we finally were confronted with the topic „Fair Games“ or „Oktoberfest 2020“ .

After discussing in bigger groups and having to think of several unrelated ideas regarding the topic we got back into our little groups and began brainstorming again. Which idea ist he best one? Which one do we want to build?

As a group we decided on a modified version oft he well known funfair game „Whack-a-mole“. In the original game moles pop out of holes and the player has to whack them with a big hammer.

We decided to go with a rather pacifist version and change the whacking part into waving.

We wanted to have our game work vertically and not as in the original on a horizontal board. Our moles also do not pop out oft he ground. We were going to cut moles out of acrylic glass and every time a mole gets activated  a built in LED lights up. 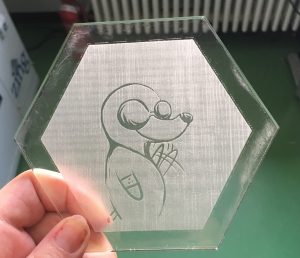 Via a wifi connected glove the player can wave at the mole to score a point and another mole will light up.  Each mole has one built in light sensor that can measure the distance between the waving persons hand and the board. After a randomized amount of time the LED deactivates -> points get added and another LED lights up. 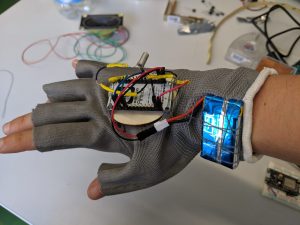 To make the game a little bit harder we thought of a special mole that is connected to a self made touch sensor. The player hast to „high five“ meaning to tap the sensor to deactivate the LED in this case. If the player is too slow with waving they will lose points.

In the end all the points get added up and are shown on a LED matrix screen. We decided on a 80s / arcade inspired style for the board design.

After we had planned everything we split up and started working. Programming and building the board, laser cutting and design of the logo, mole and board.

The most challenging was bringing all the parts together and making the Game work smoothly to actually be fun to play. 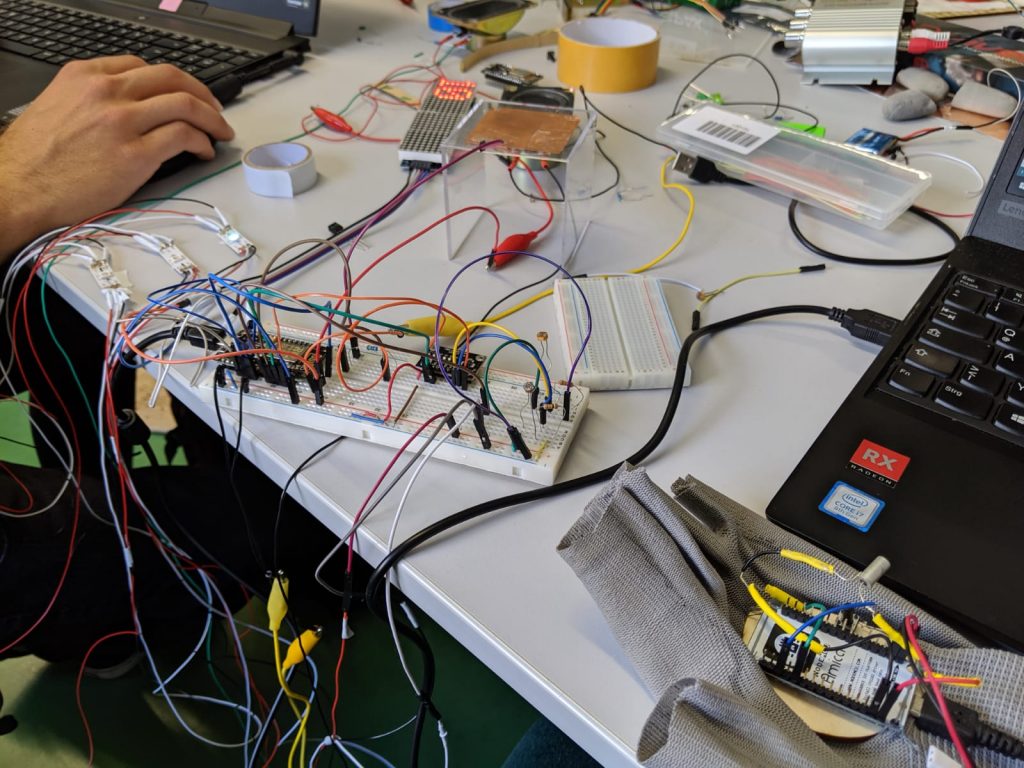 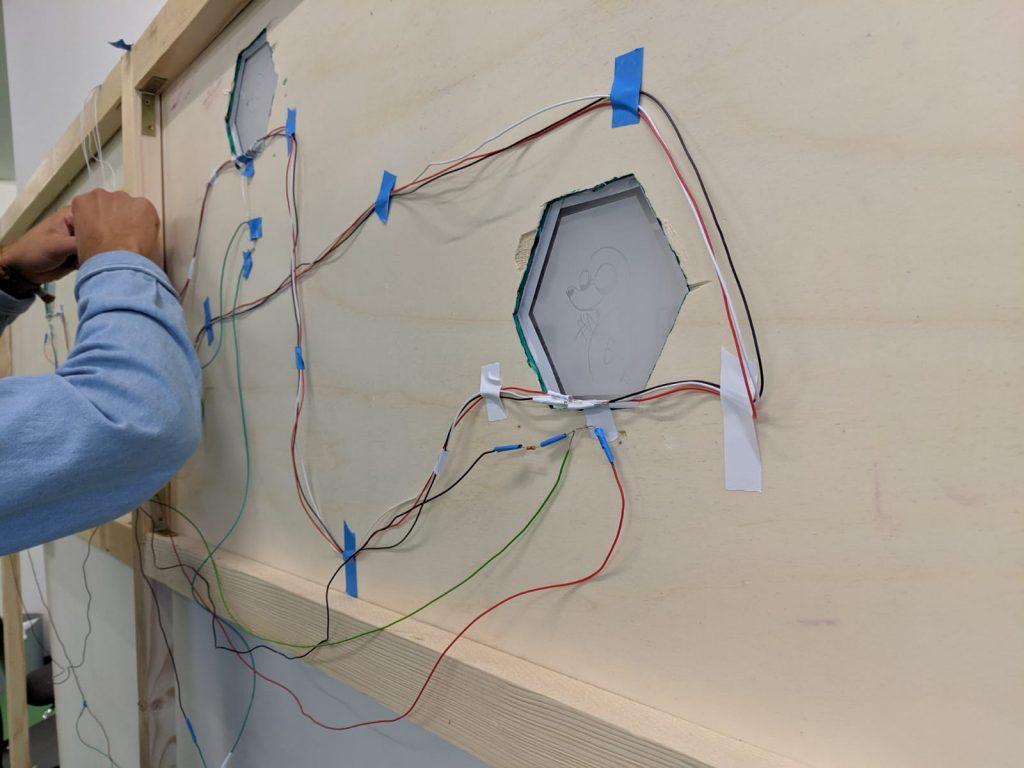 While playing the points get added up and when the game is finished a melody is played and the score is shown on the matrix display. 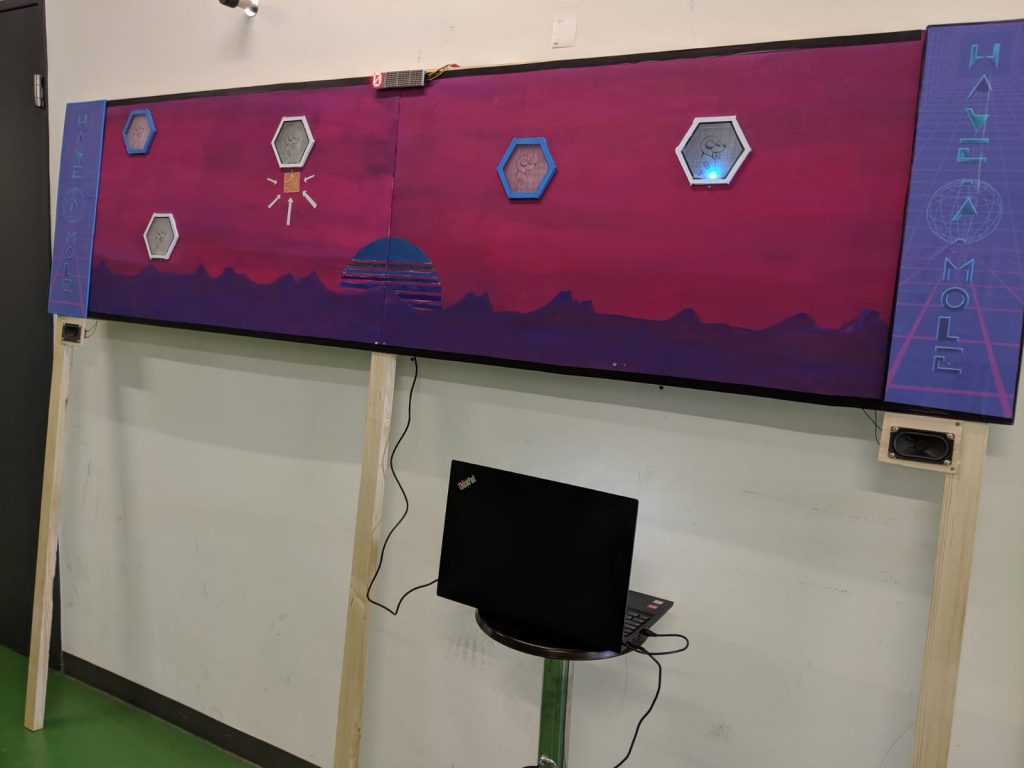 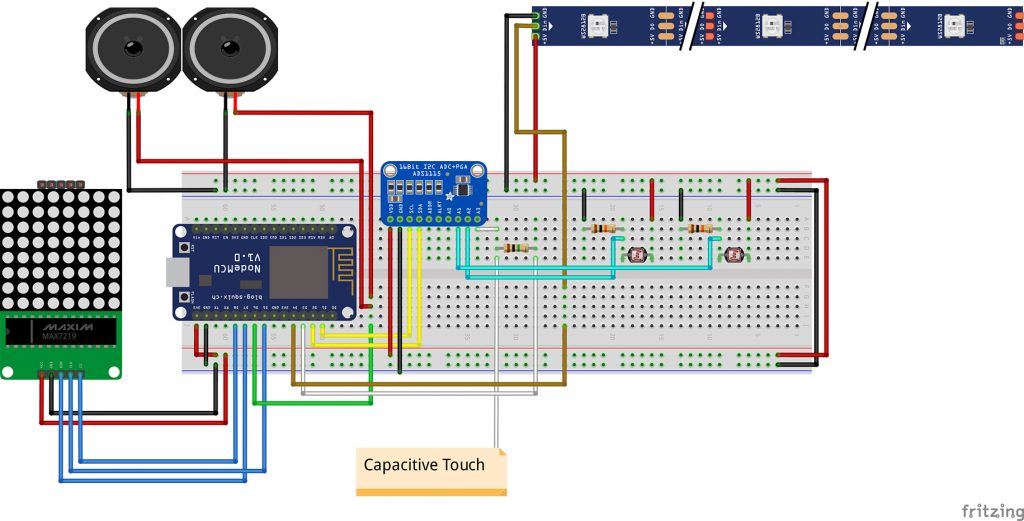